Meet Gary Fink, our Man for all Seasons and founder 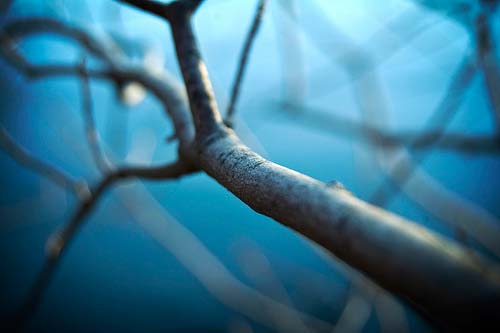 He's a Midwesterner and a New Yorker; a businessman and philanthropist. He's an art collector with a degree in Russian history and a talent for interior design. He's an award-winning insurance agent; a dedicated family man with a large soft spot for needy kids and abandoned animals; a noteworthy fund raiser for charity; and a cartoonist with a macabre (his word) sense of humor.

As you can see, it's not easy to define a man like Gary Fink, chairman and founder of MCG/HealthCare. He can be brusque, funny, obstreperous, outspoken, kind, sentimental, compulsive, impatient, and doggedly persistent.

"More than anything else, I'm a survivor," he says. "Over the past 20 years, I've survived divorce, chemical dependency, the deaths of my mother, father, teenage daughter, and best friend, and nine hours of cancer surgery."

"To say nothing of the 1995 Minnesota Twins," he adds with a characteristic wink.

Gary's achievements probably describe him as well as anything else. His drive, leadership and vision have made MCG/HealthCare the nation's leading executive and physician compensation consulting firm to hospitals, clinics, HMOs and integrated health care networks.

Over the past five years, the company has grown rapidly, jumping from 27 to 160 full-time employees in 40,000 square feet of prime downtown Minneapolis office space. Most important, MCG/HealthCare is helping many of America's most respected and innovative health care organizations deal effectively with unprecedented industry change.

"As recently as 1987, we we're essentially a one-person entrepreneurial business known as Phynque, Inc.," Gary explains. (Phynque, he adds, is a Elbert Hubbard tongue-in-cheek spelling of the family name devised by his father while filling out a membership application to a mostly gentile New York country club.)

"We had affiliated with a national network called Management Compensation Group (MCG) to increase our marketing strengths in multiple life insurance, benefit design and funding for public companies in the Minneapolis-St. Paul area.

"We also had designed the health care industry's first executive compensation and benefits program for a Twin Cities hospital system in 1972," he noted, "yet, after a little more than a decade, only about a quarter of our resources we're devoted to health care clients."

Among the first to recognize and focus on the radically changing needs of the health care marketplace, Gary added to his compensation and benefits expertise by recruiting several retired hospital CEOs for their first-hand industry knowledge. Soon, MCG/ HealthCare was doing business with hospitals and health care organizations throughout the Midwest and beyond.

Building for the Future

As his success mounted, Gary began to think about the future of his young company. "I wanted it to survive into the 21st century," he says. "I needed partners to help me build a professionally managed corporation."

He began by elevating three key employees to partnership status. "I designed the control aspects of the company so that I couldn't be fired," he laughs, "but I was prepared to be outvoted on any other issue."

Mike Welsh, "a financial expert and generally a swell guy,"* was a member of the original partnership and remains as one of the firm's leaders. He was followed by Bob Grant, whom Gary had come to admire while installing an executive compensation plan for Grant's Cleveland hospital system. Then came Pam Woodruff, MCG/ HealthCare's chief administrative officer, from an important post with Security Life of Denver.

Don Wegmiller, president and CEO, joined MCG/HealthCare in 1993. "Don is an outstanding individual," Gary asserts proudly, "extremely well known and respected in the health care industry and beyond.

"Although relatively young, he's been a pioneer in the development of multi-hospital systems and integrated health services." (Wegmiller was president of several Minnesota-based health care organizations that joined in a series of mergers between 1987 and 1992 when he became a prime mover in the development of today's Allina Health System, the Upper Midwest's first integrated health services organization.)

Gary's pride in the working environment he has created for MCG/ HealthCare's busy staff is almost on a level with his feelings about the company's management strength, position and rapid growth. It's a warm and inviting atmosphere featuring an attractive combination of wood, glass, light, space, and bright southwestern modernist art. More often than not, there are platters of fresh fruit, cookies and bagels to accent the gracious and friendly atmosphere.

MCG/HealthCare was among the first to institute flexible hours and casual-dress Fridays. There's even a monthly pet day when employees are encouraged to bring their dogs, cats and other home-trained pets to the office.

A co-founder of Phynque, Inc., JoAnn encouraged Gary to "go public" with his flamboyance and eccentricity. The result? A highly publicized career and lifestyle culminating in a 1984 front-page feature in the Wall Street Journal.

Gary's persona today, although outwardly more conservative, can still be a bit startling. A long-time fan of the Marx Brothers, he will rattle off a Grouchoism with the flick of an imaginary cigar. "I'm either in a meeting now," he's likely to mention during a business conversation, "or I'm hopelessly lost in the parking ramp."

Gary grew up in Manhattan where his father was a career tennis pro. ("He was Forest Hills' senior doubles champion at the age of 36.") His mother shared the family's interest in sports ("She would have been very upset with the baseball strike and loss of the World Series last year"), which meant that Gary had ample exposure to New York teams. Ever the contrarian, he declared himself a Cardinals fan at an early age.

From New York he went to the University of Wisconsin ("where I became a Midwesterner"). After finishing college and an army stint ("It was a miracle I got an honorary discharge from both"), he became an agent for the Prudential Insurance Co. and, ultimately, it's all-time leading sales producer. (Among about a million licensed agents, that is, over the entire course of the company's 120-year history!)

Family is central to Gary's life today. His two sons and daughter from his first marriage are well along the road to their own successes. Another daughter was lost in a tragic 1981 automobile accident. (She hadn't been wearing a seatbelt, a fact that spurred Gary's significant involvement in the passage of Minnesota's seat belt law.) He and JoAnn share a comfortable home in the Lake of the Isles neighborhood of Minneapolis with their own teens: Chelsea, 16, and Joey, 14.

The couple's charitable interests include the Children's Home Society, a St. Paul adoption organization which Gary serves as a trustee; Children's Heartlink, a Minneapolis organization making heart surgery available to needy children; the Minnesota Valley Humane Society; Mental Health Resources of Minnesota; Minneapolis Crisis Nurseries; the Grove Schools; the Worldlife Fund; and the International Fund for Animal Welfare, among others. Gary and JoAnn we're recently named Philanthropists of the Year by the Children's Home Society.

"I feel fortunate to lead a very full life," Gary says. "I always try to be thankful when I wake up each morning that I'm feeling good enough to use both my heart and my mind to keep myself busy and productive, to have a good time, and to make some kind of contribution to my family, my company and my community."

The future? "I haven't made any decisions about my career at MCG/ HealthCare yet. We continue to add many extremely talented people, and I look forward to working with my partners to develop our firm and to meet our clients' changing needs.

"This is a great outfit we have here and I would like to hang around awhile to watch our people prosper.

"I'm sure the time will come when I'll feel comfortable retiring" (a Grouchoesque lift of the eyebrows here), "probably somewhere after the age of 90."

Thx folks! I'd promised my relation that we would certainly cite her great outstanding fishing outfitters, http://fehrgameoutfitters.com for a future blog post. If ever you were hunting to get a Hunting Outfitter within the outlying British Columbia area, they actually would be superior.

Ultimately, I really ought to point out the base outline for this specific content had been provided by Shaun from Artuary Photography. Certainly an outstanding photographers. I invariably love a good concept!

https://multilineservices.ca - I call these guys regularly.
https://aloftgroup.ca - A good website.