Want To Buy A House In Burlington One Day? Your Vote Matters

October 21st is a huge day in Canada. It marks the end of god-awful election ads. Oh, and the federal election too, I suppose.

Housing is a massive issue going into this federal election. We’re living in a time where many homebuyers have been sidelined by new regulations and stress tests, while most of a generation of Millennials even can’t afford to buy a home in Canada.

So, how will your vote impact the price of your next home? Here’s how the 3 major candidates compare when it comes to housing.

* I’m going to just say it right off the top here, I’m with Obama and The Toronto Star on this one. Cause what’s the point in pretending I don’t have an opinion?

The Liberal Party and Justin Trudeau

The Liberals have made housing a front-and-center-issue. They are very first-time-buyer-focused, which is good because this is the demographic that needs the most help in buying homes. And putting these buyers in homes helps the rest of the economy.

So far, the Liberals have introduced a national housing strategy that pledges:

Their focus is on creating more affordable properties, while making it easier for lower-income and first-time buyers to get them. They would rather see people living in houses, than letting those houses sit empty while investors hold on to them until they appreciate in value.

Andrew Scheer and The Conservative Party

Scheer has also made housing a major hot-button issue, but his party is taking a different approach.

Their strategy focuses on lowering the cost of construction and making mortgages easier to get.

Interesting approach… But in my sometimes-humble opinion, none of that is particularly helpful to Canadian homebuyers.

First of all, a reward to the 3 municipalities that reduce housing development costs the most? Neat. But, Canada has a total of 3,572 municipalities.

This also assumes that if we can reduce the cost of building new properties, these savings would be passed on to the homebuyer in the form of lower prices. Welllll… they could, I guess. (Good old trickle-down economics philosophy at work again). But, in my experience as a Realtor, any seller always wants the most money in his or her pocket at the end of the day. And, when an under-priced property is presented in a hot market, any attempt to save the first-time homebuyer money will be quickly obliterated with a bidding war.

Finally, regarding the idea of making the stress test easier to pass… Hmmmm isn’t this only making it easier for first-time buyers to get a home they can’t actually afford? This is why the stress test was put there in the first place.

Jagmeet Singh and the NDP

The NDP has also made the subject of affordable housing a major pillar of their platform.

These are all great, but they don’t really do anything to immediately help first-time buyers.

Creating more affordable units is great. But, where will they be, and when will they be ready? And again, will these lowered starting prices be completely offset by bidding wars for these in-demand properties?

Ok, I’m not an economist. I am however a Realtor® who spends her entire day trying to help families get into new homes, many of whom are first-time buyers.

To me, the only plan that could have any immediate impact is the one offered by the Liberals. Sure, the incentive is basically just a loan, one that has to be paid off within 25 years and gives the government the potential to make a little money along with you if you ever decide to sell the home. But, it’s an interest-free loan for people with a combined income of less than $120,000. Monthly mortgage payments will be lower for these Canadians because of it. And that’s pretty sweet. The 10% rebate would be useful as it could really help these buyers offset all the extra costs that go along with acquiring your first home. Furthermore, it sounds like it can be applied to any property in any municipality, whether you’re trying to buy your first home in Burlington or Regina.

Of course rebates won’t solve the affordability crisis in our major metropolitan centres. We need to ensure that mortgage rates are closely monitored, fair play in the market is enforced and that building continues to meet demand in environmentally considerate ways.

That said, for now the Liberal rebate is better than waiting patiently for these new “affordable” homes to be built and hoping that they’re being built a reasonable distance from where you work.

If you’re a first-time homebuyer be sure to peruse all Burlington’s unaffordable homes for sale on our website! 😉 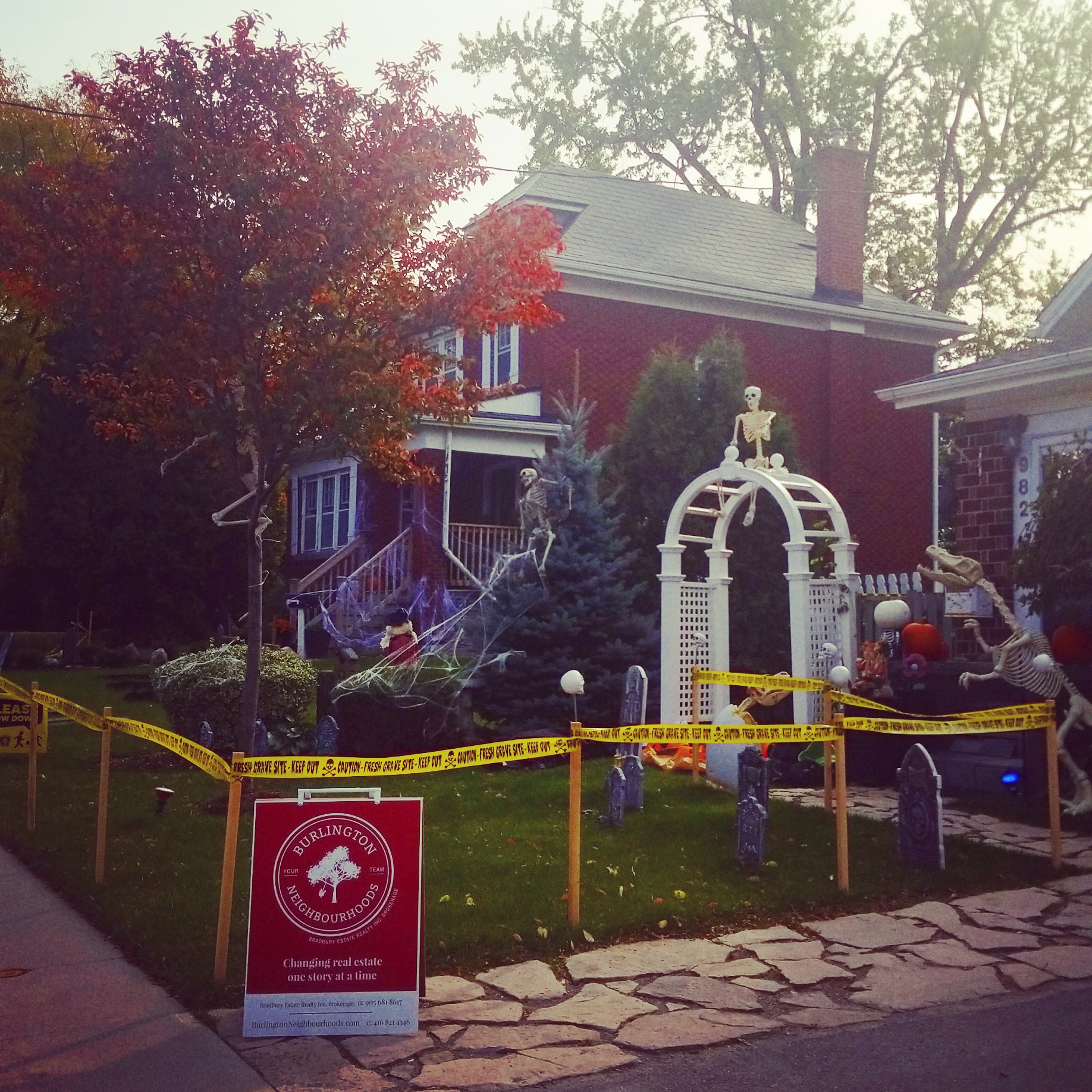 The 5 Best Halloween Events in Burlington This Year!

Worried you don’t know what’s happening around Burlington this Halloween?  You can relax because I have found lots of places for kids to wear their costumes and collect all the candy they can handle! If your house is anything like mine, you have one kid who has about three costumes she needs to wear over … Continued

Raising My Kids in The Best City in Canada -Burlington

Ok so I obviously didn’t know when I settled in Burlington 12 years ago that someday Maclean’s Magazine was going to name this city the best place in Canada to raise a family. I moved here for the typical reasons people do: it was close enough to commute to Toronto and not as expensive as Oakville. That said, having … Continued